Adif awards the renewal of the roads of the section that will connect Mérida with high speed (HOY.ES) 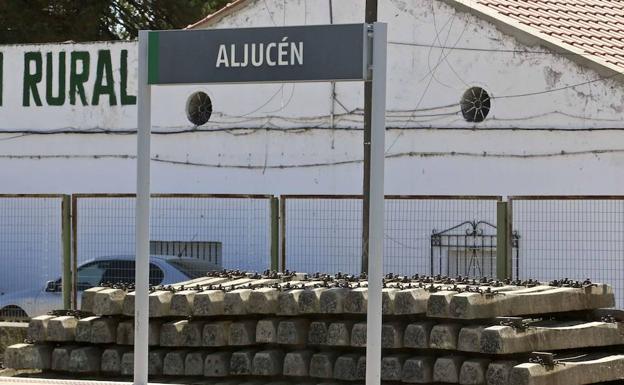 Adif Alta Velocidad has awarded the track renovation works on a 12.8 kilometer section of the conventional Aljucén-Cáceres line. With these works, whose expected execution time is four months and an investment of 1,158,506 euros, access to Merida for high-speed trains will be guaranteed once the future Madrid-Extremadura connection, currently under construction, is in service. The Government Delegation informs in a press release. This action will allow access to the regional capital to high-speed traffic, while the new access branch is being built.

As no new stations have been built, it is necessary to adapt the accesses to the current terminals.

The works, which have been awarded to the company Construcciones y Promociones (Coprosa), involve the adaptation of the superstructure with the replacement of the rail and sleepers, on the route between Aljucén (pk 4/000) and the old stop of El Carrascalejo (pk 16/800), keeping the same track width and current layout.

Once renovated, the Aljucén-El Carrascalejo section will link the high-speed platform with Mérida. According to the Administrator of Railway Infrastructures, «these actions are intended to adapt the superstructure to the future traffic of the line, allowing higher speeds to be achieved and travel times to be reduced, while the new access by-pass to the Extremaduran capital is being built, increasing comfort and reliability ”.

As reported TODAY, according to the contract specifications, this route has never been renewed, so it still has wooden sleepers and an inadequate rail to withstand high speeds. Currently, the aforementioned 12.8 kilometer section has limitations that reach 50 kilometers per hour. The minimum time established to travel it is 12 minutes and 41 seconds, at an average of 60.54 kilometers per hour. Practically one minute per kilometer.

The replacement of rail and sleepers will allow speeds of 80 to 100 kilometers per hour to be reached, which will considerably reduce travel time for a journey of just 12.8 kilometers.