The border, a determining factor in development

Borders between countries and regions can be places of connection or isolation. Places of passage or the end points of a journey. 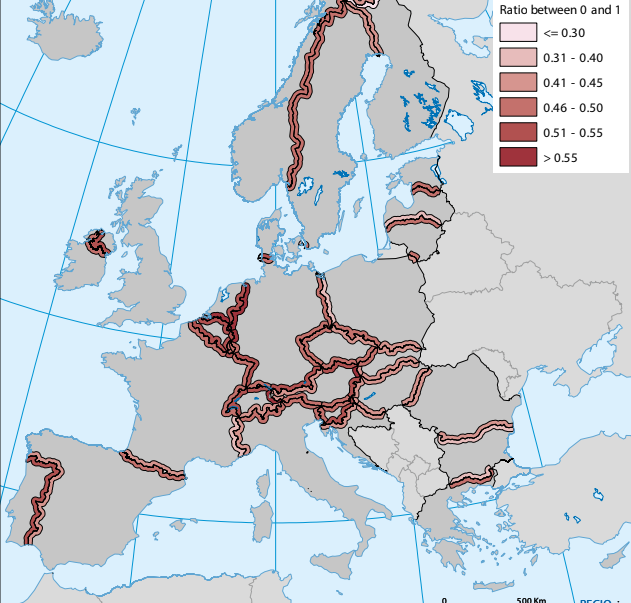 Thus, borders are spaces that limit economic growth in terms of commercial, human and financial flows.

Material, legal and administrative obstacles determine the growth capacities of these regions. 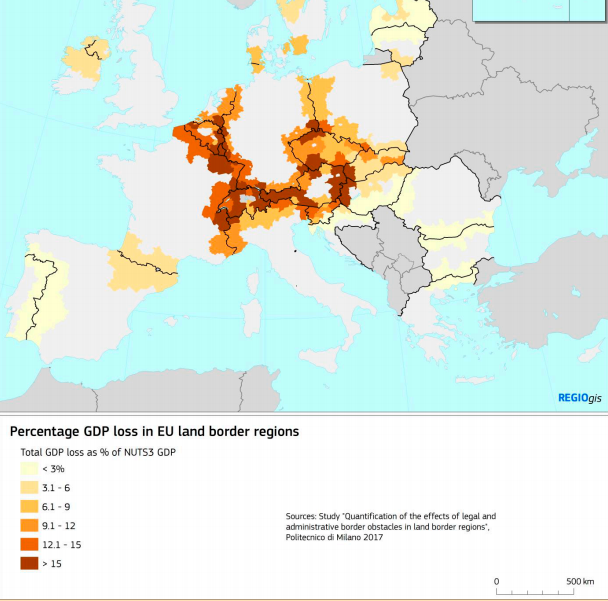 The border can be constituted as a space of depopulation or settlement.

Population density and the effect of expulsion or attraction of population is conditioned by the economic growth generated by the border effect, both positive and negative.

The more flows and the more permeable a border is, the more capacity there is to attract population.

In the classification of the current European regions with the lowest levels of development, the peripheral situation stands out as the first conditioning factor.

The intermediate areas of the Southwest Iberian axis between Madrid and Lisbon, add up to conditions of development such as peripheral effects, borders, lack of transport infrastructure, inaccessibility, depopulation and rurality, communications are presented as the main instrument to overcome their main threats and weaknesses. 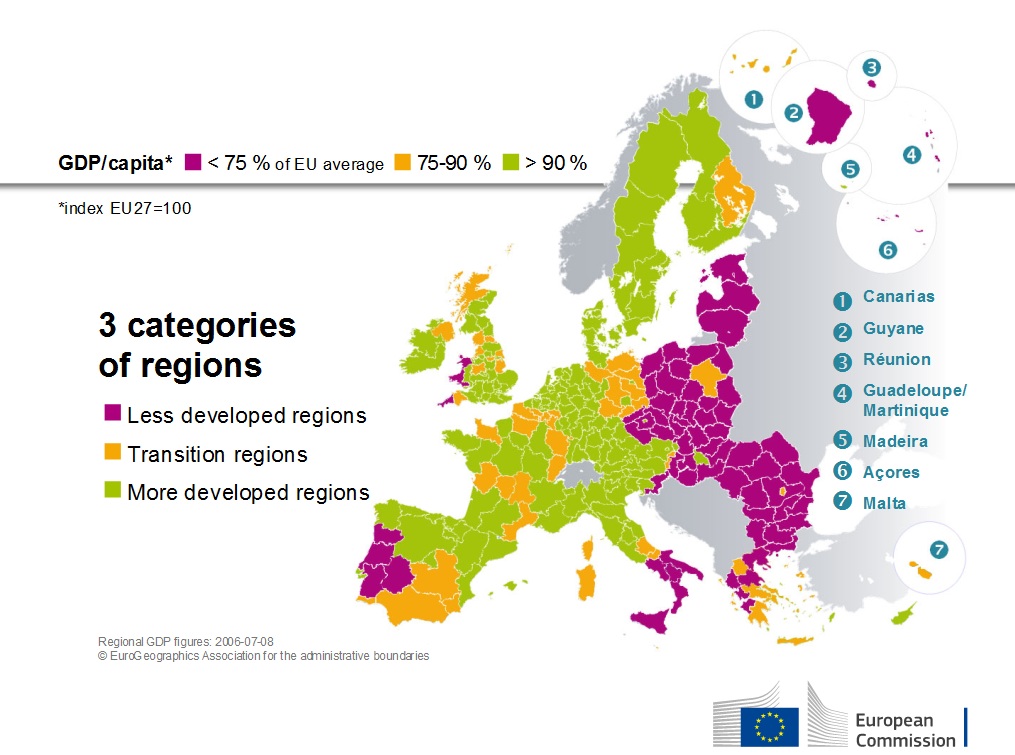