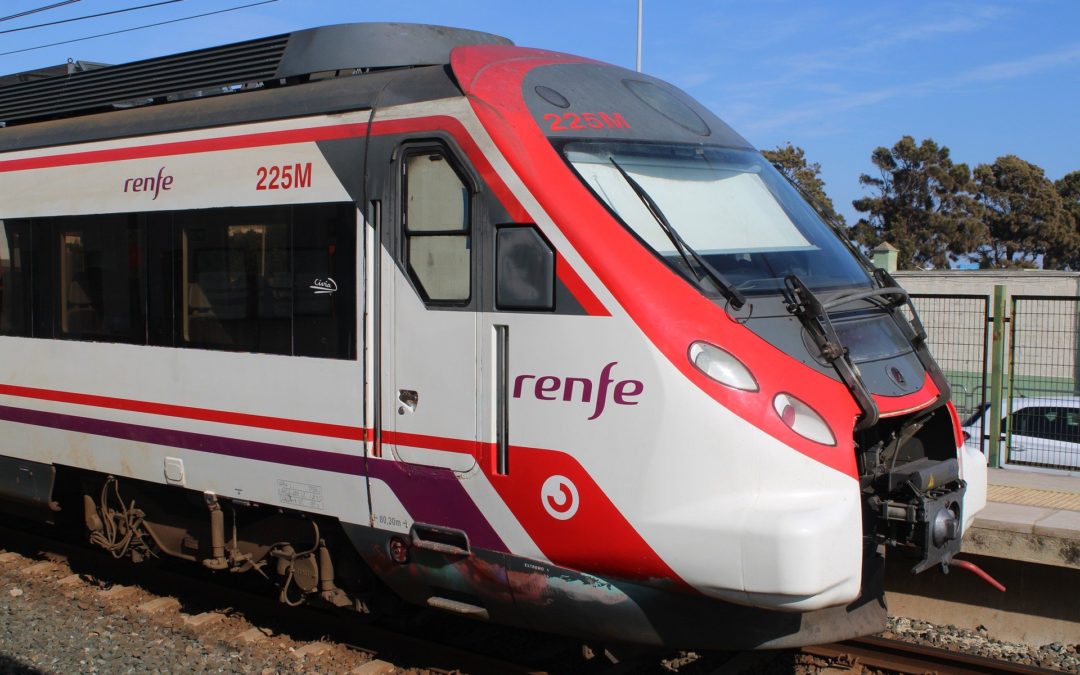 Javier Garcia has never had it so difficult to return home. Since he settled in Lisbon a little less than two years ago and until the start of the pandemic, this young man from Salamanca was taking advantage of the historic Lusitania and Surexpresso hotel-trains to spend the weekend with his family. But that is now history. With the arrival of the covid-19, Renfe decided to suspend indefinitely the service of both trains, which linked the Portuguese capital with Madrid and with the French border through Salamanca.

The suspension of the only rail connection between the two Iberian capitals upset García’s plans, who made the journey in just over seven hours. “The train allowed me to spend the weekend in Salamanca. I would leave on Friday night, arrive early on Saturday morning and then take the train again on Sunday night and arrive in Lisbon on Monday morning,” he said. The journey he now has to make to get home has forced him to stay in Lisbon longer than he would like. “At the end of May, Renfe ruled out re-establishing the service in the short term because of its poor profitability – with a volume of almost 150,000 passengers and losses of around five million euros in 2019 – despite criticism from environmental organisations and representatives of the border regions. The Spanish company assures EL PERIÓDICO that it is watching the evolution of the pandemic to assess the situation together with its Portuguese counterpart, Comboios de Portugal (CP), although the Portuguese Minister of Infrastructure, Pedro Nuno Santos, assured that Renfe “has not shown interest so far” in resuming the service. The Portuguese Minister of Territorial Cohesion, Ana Abrunhosa, said in an interview with the Efe agency that people who want to travel from Lisbon to Madrid “already have a quick way” of doing so, in reference to the plane. These were statements she made on the eve of the Spanish-Portuguese summit in Guarda, in mid-October, from which emerged the desire to strengthen territorial, economic and cultural ties on both sides of the border – with particular emphasis on green energy and sustainability.

The eternal promise of high speed

There are currently two railway lines that cross the border between Spain and Portugal: those linking Entroncamento with Badajoz, in Extremadura, and Porto with Vigo, in Galicia. The two Spanish regions have been calling for years for an improvement of the infrastructure on the border through the Atlantic axis and the Southwest corridor. The commitment to the high-speed rail network would give a boost to their economies, although for the moment it has not received a firm response from the governments of both countries, beyond good intentions. “It is a question of budget and will,” said the promoter and spokesman for the Southwest Iberian Network Platform, Antonio García Salas. “At the moment the connections are worse than 10 years ago, we have gone from a frequency of three daily trips from Entroncamento to only one”. For Salas, the only way to boost the area’s economy in key sectors such as food and tourism is to improve communications between the port of Sines, in Portugal, and the rest of the peninsula and Europe. “Right now we are the periphery of the periphery,” he said.

The battle on the motorways

The inhabitants of the border areas have been fighting for years for the replacement of the old SCUT, privately managed Portuguese motorways whose tolls were paid for by the State. With the advent of the economic crisis in 2008, the payment of tolls passed to users, who denounced the unfavourable treatment of these regions and warned of the economic impact on the connections with Spain, since three of these motorways reach the border. “Many small companies stopped transporting their goods on both sides of the border because it was not profitable,” explains José Gameiro, president of the Beira Baixa Business Association.the Portuguese government has included in the 2021 Budget discounts for regular users of these motorways and an extension of the existing ones for goods transport, but the representatives of the local associations consider them insufficient and insist on the total elimination of the tolls charged to users. “Border lines are areas of development throughout Europe, but this is not the case here,” says Gameiro, who urges governments to increase their efforts to prevent depopulation in the region. “We have decided to stay and we don’t want to regret it.